Learn about the format of the Jupyter Notebook used to author a DataCamp project.

Written by Lis Sulmont
Updated over a week ago

Students work in a Jupyter Notebook in a live DataCamp project. Let's call this one the student notebook. The student notebook is different than the notebook instructors use for authoring - let's call this one the project notebook. The reason for using a Jupyter Notebook as the authoring format is that the project can be developed locally but still have a similar appearance to the final live project.

For the project to be successfully built on datacamp.com, the project notebook needs to follow a specific format.

To be recognized by DataCamp's build system, the project notebook has to be named project.ipynb . This file contains a variety of tagged cells, both of the code and Markdown variety. Tags are in the top left corner of cells. Here's an example of a tag:

These tagged cells are processed by software written by our talented DataCamp engineers, and a DataCamp project is the product.

Instructors will have access to a template notebook with all of the tagged cells and guidelines for each pre-populated cell.

The first cell in a project notebook should be a Markdown cell with the project title written as a one-line H1 (#) header. The title should be, at most, 41 characters long. For example:

After that follows 8 - 12 tasks that the student is to complete, where each task consists of the following tagged cells (tag names in bold) in the following order:

In the final live project this is where these cells end up:

Note that this image does not show the @tests  cells as these are never revealed to the student.

Instructors are free to include any other cells in a project notebook (for example, to store scratch you're not using) but all extra cells will be filtered away and will not be part of the live project.

Unguided Projects use the same tagged cells, but differ because Unguided Projects have one task as opposed to 8-12 tasks. For example, below, you will see there are no task numbers on the left side, but rather one large task: 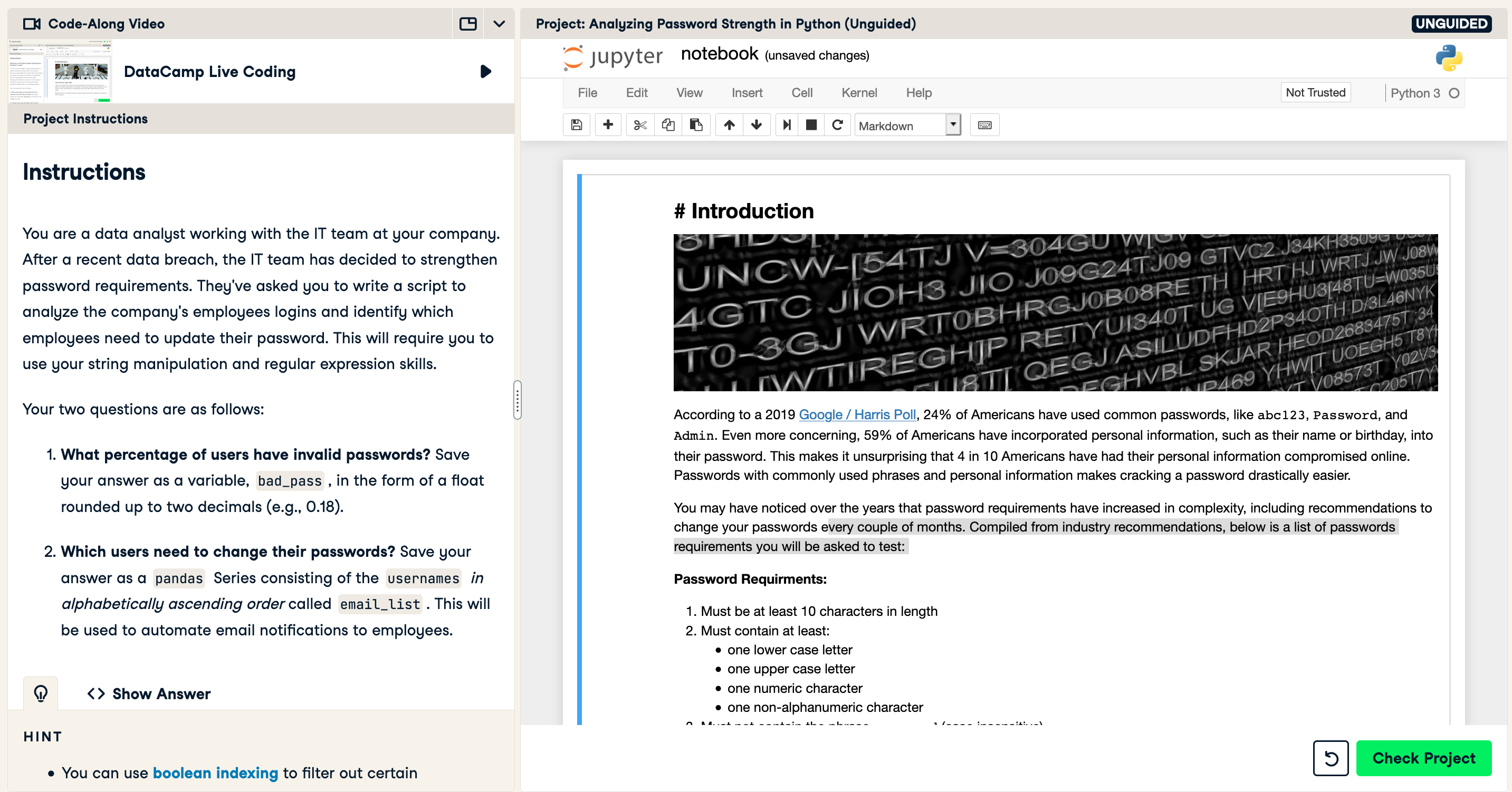 This means there will only be one of each cell type in an Unguided Project notebook and their purposes are the same unless otherwise noted: